Man....  I wanted to go, for a variety of reasons.   People I've met over the last 1/2 decade were rolling in.  It was timed to co-exist with HD's 115th Anniversary and festivities.   This dealership is one of the more upscale ones; Large Showroom floor, Restaurant upstairs with a full bar and from what everyone says, treated the customers well.

Problem is ... they kicked it off wrong.  With the failure of the MN annual event that preceded it for a few years, they ran with an opportunity to do a good thing and for no better words... .stumbled.  It's got to be a tough one, doing something like this over Labor day weekend (folks have other plans?) , same weekend as the Davenport IA show ( they lost a few folks that would have attended), but in my opinion out the gate.... they tied themselves verbally to the previous entity that failed.   Dozens if not hundreds of riders stepped back not wanting to be tied to it based on that one simple fact.  Now in reality, they weren't tied to it.  I personally believe they were naive and didn't understand the ramifications.   And, they put it all together and didn't advertise it well enough.   That all being said....

Everyone I've spoken to had a great time at the event. It was put together as a small Indian Rally and succeeded from that perspective.  Where they stumbled was attempting a Guinness World Record.  I've written about the previous two years here.  They would have needed to get 275 bikes lined up to make that happen and that's more difficult than one can imagine.  First of all, most don't care.  Otherwise, you'd have had THOUSANDS of folks lining up.  But, for most it's not a big deal.  Hell, the HD event had THOUSANDS that weekend on a ride....   and nobody felt the need for a world record.  They just wanted to ride for the event!  Simple as that.  The people that were there for the record had their own personal reasons.  Hell, I'd like to have been there and participated for my own personal reasons, and yet... I don't' care about the record in general.   And to make things worse, the weather didn't cooperate.  Most people aren't 'hard core' and would rather sit it out during the rain, especially if they weren't into it all from the beginning. Fact.  I've stated before the record attempts were put together by an entity that was simply trying to be bigger than all the other events and this was one of the angles to bring in folks. And hey .. it worked.  Lot of folks out there that are proud of the certificate on the wall.  God Bless 'em . We're all wired different.  Did a new record occur?  Nope.  Only 107 pulled their rides into the rain.   But you know what I heard?  They had a great time.  The ride itself was a killer value.  Just got off the phone with a buddy that told me that for the $40 sign up fee they got : A shirt, lunch and two drinks in the bar.   AND, all proceeds above and beyond, got 100% to Veteran's related charity.  If you know me, you know.. I think that's awesome!  The record was just ....a Saturday event.  Some folks wanted an additional certificate.  Someone wanted to achieve it as a kick in the nutz to the previous event. Some just .. showed up.

Was Racine a good time?  I wasn't there ...  Hell, it'd be on my schedule for next year, but .... with IIRA event's taking precedence I'll have to pass once again.  But...   those that were there .... despite the rain . .it was a huge success! So the answer to the question is an obvious yes! 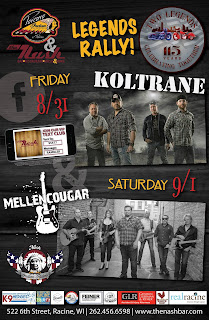 "Hi Everyone. Words cannot describe how us at Nash Indian Riders feel this morning. We appreciate all the messages on our FB pages, personal messages and all the beautiful pictures that are being posted on this page. We had a ball this weekend and raised lots of money for the Veterans Outreach of WI. We are not announcing how much yet. We still have some accounting to finish up that will take a week or two, but what a weekend! Thank you so much for coming to our Legends Rally! We have so many memories and cannot wait to make more with each and every one of you! Ride Safe and See you soon! EPIC!!!!"

"A BIG thank you to the Nash Indian Riders Group and Porcaro's for putting on a great weekend event! We had a blast!!!"

"It was very nice. Great food, great music, great people and wonderful hospitality!
They went over and above to make it a pleasurable and memorable experience.
Thank you Nash Indian motorcycle dealership!"

‎" The entire crew would like to thank the City of Racine for the tremendous hospitality! The citizens braving the elements to come out and cheer us on was tremendous. Indian Motorcycle of Racine was a world class host. Truly the coolest dealership I have ever seen, thanks Anthony J Porcaro! A very special thank you to Andrea Pierce Ed Scharding Chris Hickson for dedicating a large chunk of their lives to put on an event that was so memorable. Hundreds of us have made friends for life and without the dedication of these three that would never have happened. We helped out the Veterans and had a blast doing it! We are eternally grateful and hope we are invited back!"

"There wasn’t a sad face in the house, we had a fantastic time! The friendships are what we all gather for, what a fantastic group of people. And the support from the people in Racine, standing in the rain to see us ride by, was just amazing. Couldn’t have asked for a better weekend. Ride safe and see you again soon!"

"Ride safe great weekend. Who cares about the numbers? This is not a competition. I ride for enjoyment and bonding with my brothers and sisters. The parade this year was much better than last year seeing all the people cheering us in the rain. Great time at the gazebo last night. Take care. Haven't looked at this as a competition since i raced flat track"

"Anonymous: The end of our Guinness World record attempt for number of Indians.....we missed the mark, had 107 total I believe. What a fantastic ride though, and such a great gathering of friends! Of course, the weather cleared up within a couple minutes. 100 % of the proceeds from the weekend go straight to assist homeless Veterans"

"Glad you had fun  😊 hopefully all the funds wind up to where they are supposed to go, I’m sure they will though . Lots of eyes this time lol"

"They will....the charity was named outright, and they let us tour the Veterans tiny home village they are supporting. One of the highlights of the weekend. I’d love to see something like that started in other cities  😊. It was a fantastic trip"

" Good morning! Let’s start the day! Give me a Bloody Mary, Bitch!"

"Touring the Veteran tiny home village ...... 100% of the proceeds from our Racine week goes to support this outreach and homeless Veterans  ❤️ THIS is what the weekend is really about! George Jadwin I think you guys you're gonna understand what George custard felt like in his last stand"

" I’m glad I went. Had a fantastic time. No drama. No one bitching about prices or how they were treated."

"This is what it is all about. I talked to one of the residents and he said before this place he had given up and was planning on jumping off a bridge. So sad our vets have to feel this way and contemplate such things."

" Well we didn’t break the record, I think 107 the number. After visiting the Veterans Village where proceeds going doesn’t matter. An awesome place for our vets and I would have rode by myself to help this place. Thankfully didn’t have to because 106 other bikes and riders also braved the rain and rode. Also very inspirational to see so many of Racine’s residents standing out in the rain to greet us in the parade. Would do this again in s heartbeat. Thank you Nash Indian and all the staff that set this up."

"Good morning Gazebo Crew. It was a blast seeing all my old friends and making so many new ones. Heading back south to seek more adventures. Can’t wait to see you all again."

And in the end, THIS .. is what it was really about. 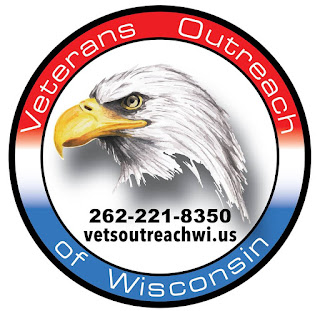 "Many people asked if they could take a tour of The Veterans Outreach of Wisconsin James A Peterson Veteran Village. They have welcomed us with open arms to their home to take tours after the Epic Guinness Ride. To take the tour please click the link below and sign up. Space is to 10 bikes per tour. 20 People max with passenger. Veterans Outreach of Wisconsin is not funded by any State funds and works on donations alone. Once you see this Veterans Village you will understand in full why we chose this to be our charity."

Eliminate said…
Value. It’s a helluva concept. People have fun when they know what they are doing is both a good cause and a good value. Ride, band, stunt show, meal, two cocktails and T-shirt for $40. Treated everyone with respect. That is value.

We were made to feel that we were welcomed. Did not matter where you came from. Locals and out of towers were all treated equal. Didn’t matter if a record was broken. I mean what’s in a record? Not much. Holding a record don’t mean shit if you were ripped off in the process of making it.

RickkciR
Just a habit of mine.... putting some things out there Publicly. Don't put too much into it all; just my lil space in this world. Sometimes just my opinion. Other subjects, nothing but the truth, so help me God. Other areas..... lil bit of crazy shit. Just Because

Popular posts from this blog

Iberostar The Club - Yet Another Vacation Club. Legit?

20 Characteristics of a Con Man Sociopath 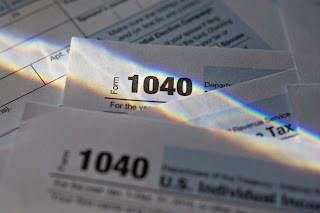 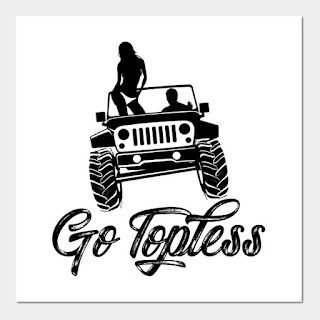 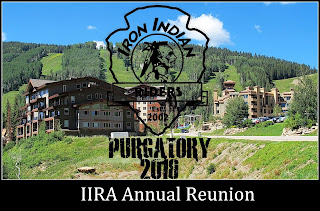 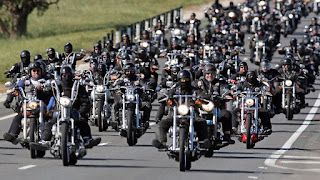 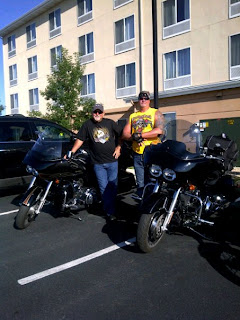 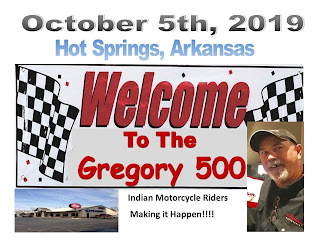